Waiting for Death,  Surprised by an Angel

Signs and Wonders in the Roma Context

“I was so sick that I had already begun mourning the fate of my children who would be left without a mother,” remembered Čelebija Kamberović, a 60 year old Roma woman from Leskovac, Serbia.

Čelebija married as a teenager and by her early twenties she already had three children.  Like most Roma mothers, she was devoted to taking care of them.  Her life consisted of washing, cleaning and cooking for her children, husband, and his parents.  She did not know how to read and write but she knew that she wanted a better life for her children, especially her daughter.  In general, Čelebija’s life could serve as an example of a typical Roma woman’s life.  Men are obliged to earn money while women are responsible for everything else that allows a family to function.  Since Roma girls often marry young, instead of using their youth for schooling, they dedicate themselves to housework and the cares
of motherhood.

In 1984, when her children were still young, Čelebija fell into a deep depression, and she feared that she would die because of her sickness.

"Suddenly," she related, "I began to experience periods when my heart would race. I felt that at any moment I could die.  When these attacks would come upon me, I would be completely lost. Every other day I received an injection so that I would calm down.  For days, I closed myself in a room to cry, afraid to die because then my children would be left motherless, without a person who would take care of them."

Her family members recognized her deep depression and her fear of death—and everyone expected that her recovery would only happen by a miracle.

Because of a woman’s workload, Čelebija was almost never left with free time during the day to socialize with friends with whom she could share her problems.  Her husband was always busy with work.  Therefore, her only option was to cry and to pray to God, although she thought that God existed somewhere far away.

“One night,” she said,  “After I was crying for a long time and thinking about everything that had happened to me, I fell asleep and had a dream.”

This dream was one of the most striking dreams she has ever had, and therefore she remembered it vividly and with joy: “In the dream, I was sick and on my way to the doctor’s office to go have my blood checked. The doctor would then be able to diagnose me. At the corner close to the doctor’s office, a glowing being appeared all dressed in white. Instantly, I was aware that it was an angel.  He called me by my name and said to stop because he wanted to talk to me. I immediately began to complain to him.” 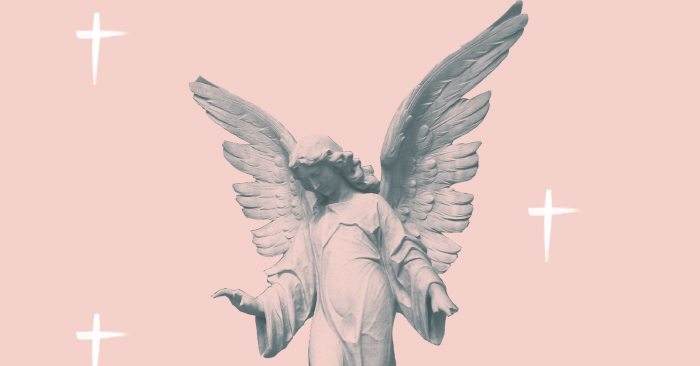 Elderly Roma in Leskovac say that Roma have always believed that there is one God and one devil. However, this did not mean that Roma knew the real God.  The vast majority of the 8,000-10,000 Roma in Leskovac were Muslims, although they would not go to the mosque and would rarely connect with the imam. They would go talk to the imam only when they had difficulties and were really sick, expecting salvation from their God in the rituals that imams would perform.  In this way, Čelebija addressed her prayers day and night to the unknown God in whom she was seeking salvation. She also wore various amulets that she got from the imam.

After Čelebija complained to the angel in her dream that she could not find the cure for her sickness anywhere and that even her amulets did not help, the angel told her: “Čelebija, God personally sent me to you in order to tell you that your tears have already come to his throne.”

The angel started to explain to her the way to the Pentecostal Church called the Community of Light in Leskovac. Since she was illiterate and did not know how to read the names of streets, the angel explained to her where she should turn left and right and which building it was on the street. After that, Čelebija woke up.

Both the Serbian Orthodox Church and the Muslim community had declared the small Community of Light Church to be a sect.  Pentecostals and Evangelicals register as only a tiny percentage in Serbia, a country in which Orthodoxy is the recognized form of Christianity. Islam is also a recognized religious community.  Of the church’s fifteen members, only four were Roma. In the 1980’s, the relationship between Roma and the Serbians in Leskovac was hostile. The Serbians would forbid Roma to walk the main streets of the town and would pick fights. However, the relationships inside the church were different—the Serbians loved the Roma and all considered themselves brothers and sisters in Christ.

Čelebija did not have anything to lose, so she directed herself toward the church, remembering the directions from her dream.  “When I entered the church, I found the people kneeling and praying.  Since I wanted to imitate them, I also kneeled, closing my eyes like the others, and thinking about how I should start my prayer.  One brother, who I found out later was a foreigner, came to me, placed his hands on my head, and started to pray.  I felt a great power. I had a feeling that fire was coming out of my whole body. It was such a strange feeling that I really don’t know how to describe it.  On the way back to my house, I felt so powerful and joyful, and I knew I was freed from sickness and depression. I returned home and started to do my chores as if I had never been sick. My family members didn’t know what was going on but they were pleased when they saw I was better.”

As time passed, Čelebija fell more in love with Jesus, and she became stranger to those around her.  Her husband and father-in-law had a good reputation among both Roma and Serbians in Leskovac because they were influential in politics. Under Tito’s Communism, although religious participation was not forbidden, it was restricted and downplayed. Even though her husband and father-in-law saw with their own eyes that she was healed, they forbade her to go to the “Christian sect” so that she would not embarrass them in front of the community. After every argument, fight, and beating Čelebija would endure, she would tell them, “You can beat and yell at me, but you cannot take away the joy from my heart. You can kill me, but I am not afraid of that anymore. I will never be able to forget how I experienced God of whom you are ashamed.”  She would always find a way to escape her house to go to the service where she would pray for her family to be converted.

In 1999 when her husband realized that he could not pull her from the church, he decided to go with her to a service. Since he liked the message, he wanted to come more often. Eventually, he converted and after his conversion, the whole family came to Christ. 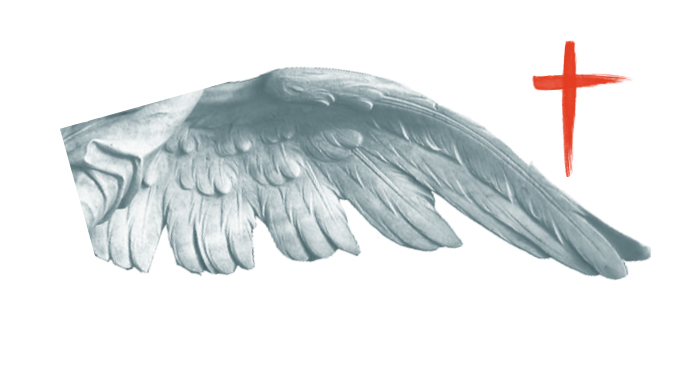 In the story of the Roma revival that began in the 1990’s in Leskovac, Čelebija’s account is not unusual. Almost every other Roma family in Leskovac converted because of a miraculous healing experienced by someone they knew. Today, after thirty years of evangelization among the Roma in Leskovac, there are two Roma churches and pastors estimate the number of Christians to be well over 1000.  As it was back then, miraculous healings continue to happen today. In fact, this is one of the primary ways in which the gospel reaches other Roma families who still do not know Christ.

Čelebija possessed a strong will to want to read the Bible—therefore, she learned how to read and write.  Today, she is the leader of the women’s work where more than 200 women come to the meetings.  She regularly visits sick people and with her personal example, she encourages them that God can turn their suffering into joy.

All of Čelebija’s family remain close to God.  Her children with their spouses and their children regularly visit the church. Čelebija’s daughter married at nineteen to a man who is today a deacon in the Roma church. Her children are brought up in Christianity and her daughter married the son of a Roma pastor from Leskovac.  She also helps Čelebija in the women’s work.

Čelebija’s conversion changed the life direction of her daughter and the other women in her family. Her daughter takes care of the household and the whole family but in a different way because the focus is now on Christ. She is free from the traditional mentality that minimizes women’s rights. As the Roma Christian community grows and matures, women have become more important and valuable in the eyes of their spouses and their community. Because of the church’s care and intentional effort, every year the number of early marriages decreases among the Roma girls. Along with the growing number of educated Roma in Leskovac, this change also improves the image of Roma in the eyes of the Serbians.

Saša grew up in the Roma community in Leskovac, Serbia. He is now in his final year of undergraduate theological study in Zagreb, Croatia, and hopes to pursue a Masters Degree in Theology in the future.