The Evangelical Recession and the Mission Task

I just returned from 14 days of ministry in the United Kingdom—York, Redcliffe College in Gloucester, Coventry, and Oxford—as a speaker, facilitator, and consultant. World Mission Associates teamed up with Jim Harries of Alliance for Vulnerable Mission for this endeavor. Executive leaders of mission organizations and agencies expressed a concern regarding the declining church attendance in the UK and theresulting decrease in giving to global missions. And then, just yesterday, a colleague was telling me about a USA-based mission charity that lost their key funding because their primary donor’s business is nearly colapsing. These two realities have made my reading of a book called The Great Evangelical Recession by John Dickerson a critical one.

John Dickerson is a successful, award- winning journalist. He writes by allowing research and data to tell the story or bring concerns to light. Presently, Dickerson serves as a pastor and publishes opinion- editorial columns in leading newspapers. Why am I interested in Dickerson’s analysis and subsequent concerns of an Evangelical recession and how does it relate to this Mission Frontiers column, “Raising Local Resources”?

First, Dickerson reveals that extensive research and ample experts have shown “patterns of fewer new believers, more quitters, decreasing giving, political infighting, and a growing hostility from the host culture” are shrinking the evangelical church in a significant way.1 Allow me to use one of Dickerson’s many statistics. “Many ministries will see revenue decrease by 50 to 70 percent in the next 10 to 30 years.” 2 We would likely 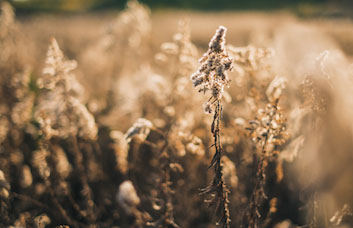 discover similar statistics from the George Barna Research Group. As a Christian living in America, I do not need a lot of statistics to convince me that there is an alarming decline in those who attend church, and thus give to and through the church.

Secondly, Dickerson warns that leaders need to be proactive about the severe shrinkage by reinventing the church presently, rather than become victims of a future collapse. In this vein he shares six factors that he has concluded will crash the church and six preemptive solutions. However, he believes most leaders will ignore the great recession and the call to rethink the church because of fear, busyness, present success in one’s own setting, disbelief, or because they are too invested (thus they don’t want to see the need to change).

The reason I am bringing Dickerson’s well-researched declarations to the Mission Frontiers audience is due to the impact an evangelical recession could have on mission fields that are heavily subsidized by churches, agencies, and donors from a few wealthy countries. If Dickerson warns that leaders of evangelical churches will be eventual victims to the consequences of a recession, should there not also be a warning issued to churches and ministries in nations who depend on donor funding from American Christians that they also may become victims? Furthermore, shouldn’t missionaries equally be thinking about reinventing their missionary paradigms now, rather than waiting until they find themselves and the world in crisis? In his book, Dickerson quoted George Friedman:3

It is simply that the things that appear to be so permanent and dominantat any given moment in history can change with stunning rapidity.4

We live in an age in which a trendy technological device that you bought today could be on its way out tomorrow. In other words, nothing is guaranteed, but we sometimes conduct ourselves as if it is. Presently, donations from wealthy countries are the dominant and seemingly permanent source of financial and material resources for the church in much of the world. Even if Dickerson has miscalculated, I am fairly sure that we should not build the church on a foundation that gives a few donor-countries the illusion that their ability to fund the church worldwide is permanent and dominant, when it is actually temporary and could change in a moment.

You can imagine what happened to the Cambodian churches, projects, ministries, institutions, leaders, and workers who were dependent on missionaries’ monetary resources, when the missionaries were suddenly evacuated due to a violent coup in 1997. The mother birds flew off and left the dependent birds suddenly on their own. The apostle Paul exhorted us to be careful how we build the church and to be cautious of not laying foundations other than Jesus Christ (1 Corinthians 3:10-15). What is the gold, silver, costly stones, wood, hay or straw of our day? Isaiah and David warn of the inevitable sorrows of relying on horse and chariots, rather than on the Lord (Isaiah 31:1 and Psalm 20:7).

I suggest that missionaries consider the following four proactive strategies to prepare mission fields for sustainability:

I am not trying to be a naysayer or judgmental, but I sense that the missionary community needs to strategize together about how to make our paradigms less about horses and chariots and more about the Lord. Let’s keep the conversation going.

Jean Johnson is the author of We Are Not The Hero: A Missionary’s Guide for Sharing Christ, Not a Culture of Dependency. Jean served as a missionary with the Assemblies of God in Cambodia for 16 years in the areas of pioneer church planting, on-the-job leadership training, and oral strategies. She is currently a co-director of World Mission Associates and teaches and coaches on church sustainability and multiplication.

.(JavaScript must be enabled to view this email address) wmausa.org