A Significant Time of Germination

A Committed Community as Means

My personal connection to this project began some 40+ years ago. My wife and I had just finished the second summer program (1975) of the Summer Institute of International Studies (SIIS). We were in a seven-car caravan driving non-stop to Guatemala from the Wheaton College campus with Dr. Ralph Winter and his family. Dr. Winter was on sabbatical from his professorship at the School of World Mission (Fuller Seminary). He was taking 22 of us, SIIS alumni and his family, on a one-month exposure trip to the places where he and his wife had worked in Guatemala. During that trip he quietly but intentionally described his dream of establishing a monastic type committed community that would commit to doing what was strategically needed to see the gospel cross over into major blocs of unreached humanity–people groups beyond the reach of existing evangelistic outreach. The facts regarding this task were increasingly constraining him. I began to ponder the idea and grew deeply moved by it. 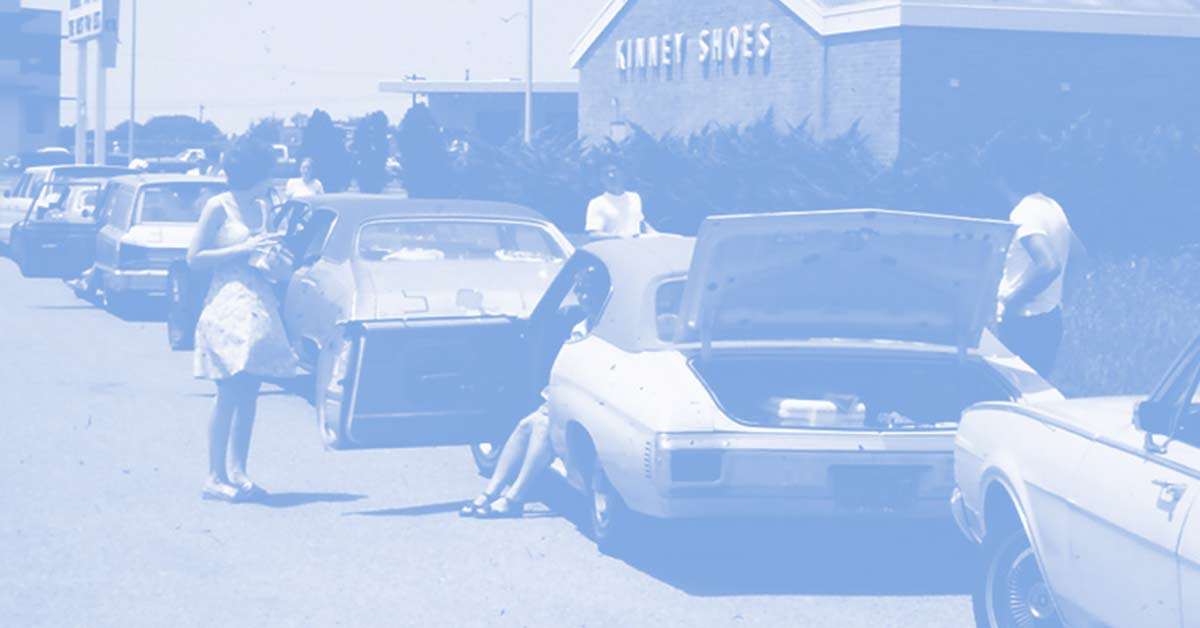 The director of SIIS that year was Charlie Mellis who had just finished writing a book based on his studies under Dr. Winter at the School of World Mission. It was entitled Committed Communities:  Fresh streams for World Mission.[1] In the forward, Dr. Winter wrote, “This is no rootless scheme! In brief: a rich, rewarding, truly exciting and relevant book. Wait till this gets out, sinks in. We’ll all see the results. You can hear the ticking as you read.” The SIIS students read the book with great interest and talked often about it that summer. It captured the imagination of our generation that was hungry for a new and compelling expression of world mission. The type of structures Mellis described and the historical examples were captivating to the younger generation of that day.

Another significant stimulus to us during that time was a booklet written by David Howard, Director of InterVarsity’s Mission Department and organizer of the 1973 Urbana convention, entitled Student Power in World Missions.[2] The Urbana convention in 1973 had evidenced a significant increase in college students’ willingness to give their lives for the sake of the gospel among the nations. In the booklet he outlined biblical foundations for mission and the historical record of how young people have been prime movers for world missions in previous generations. We were enthralled by the possibility of another new student volunteer movement for world mission arising across the country in line with the vision of previous student generations. Something significant was happening all across the country among young people in the early 1970s. Something new was about to emerge.

Facts that ignited the Heart of Ralph Winter

A year earlier, during the summer of 1974, the germination of a new awareness that 84% of the non-Christian world was beyond the reach of normal evangelistic outreach was constraining Dr. Winter. These facts especially took root in his heart as he wrote a paper to present at the Lausanne International Congress on World Evangelization that summer. He titled his paper, “The Highest Priority: Cross-Cultural Evangelism.”[3] He was still working on this paper as he stopped by Wheaton College (on his way to Lausanne) where the first Summer Institute of International Studies was in session. Dr. Winter was the architect and engineer of SIIS. He had created it in response to the increased student commitments at the 1973 Urbana convention. He had recruited my wife and me to take that first course the summer of 1974.

Since I had studied Aeronautical Engineering, he asked me to help him draw some diagrams that would help present the facts he wanted to present in his paper. Using a protractor and calculator (engineers had recently graduated from slide rules, but no handheld computers in those days!) we drew boxes and circles that would portray the facts that would constrain our lives forever—what later became known as our pie chart.

A Time to Risk

The Guatemala trip of 1975 came to an end. By then the idea of establishing a committed community to tackle the challenge of getting the gospel planted among the 84% had really taken root in us. Dr. Winter’s sabbatical was about over. We and other SIIS alumni were ready to mobilize a new student volunteer movement for the sake of the unreached (or hidden peoples as we called them then). The School of World Mission at Fuller Seminary had just created an MA in Cross-Cultural Studies program for those without field experience. Because of this new option and the inspiration and vision in our own hearts resulting from two summers of study in SIIS, we moved from Boston to Pasadena, CA and I enrolled in the School of World Mission. I was Dr. Winter’s student again. We became mission mobilizers in our free time and formed a small community of like-minded graduate students from Cal Tech, myself from MIT, UCLA and others.

Meanwhile, the faculty of the School of World Mission was dreaming about forming a “lab” or annex to the School of World Mission to put legs on many of the ideas and challenges the mission movement was facing at the time. At the same time, the Winters noticed that the Nazarenes were leaving their college campus in Pasadena, putting it up for sale, and moving to a new campus in San Diego. Dr. Winter’s own heart, following his sabbatical, had reached a point of conviction that he was willing to take a risk–his reputation, his faculty position at Fuller, and a steady income—and step out to form a community that would call attention to these large blocs of unreached peoples beyond the reach of normal evangelistic outreach. Could that Nazarene campus be a place where such a community could be established as a Center for World Mission for the sake of these unreached peoples? Something was about to be born.

A Venture of Faith

The divinely orchestrated drama began. Dr. Winter was willing to take the risk. A few of us young people were willing to do anything. An Eastern religious cult called Summit Lighthouse[4] was already renting part of the campus with the intent to buy. This began part of the spiritual drama that, looking back, had prophetic overtones of what it would take to see the gospel of the kingdom break through among these major blocs of unreached peoples. Summit Lighthouse brought spiritual forces of darkness on the campus through mantras, large meetings where they sought the incantations from “ascended masters” like Confucius, Buddha, Melchizedek, Archangel Michael, and Saint Germain. Mantras were chanted, inviting the “I AM Presence,” into the essence of one’s true self. The spiritual encounter was real. A battle regarding who would be the owners of the property and for what purpose began. Would it become a collaboration space, stewarded by a committed community, where the focus was on the unreached peoples?  Or would it be a base of operation for a Hindu/New Age rooted cult?

In earlier years the campus was an important place for education and revival for the Nazarene denomination. The story[5] of how the Nazarenes believed God for provision during the Second World War (when wood and steel were barely available) to build what is now the John R. Mott auditorium, is an amazing story of dependence on God for provision in answer to prayer. And now the struggle between the purposes of Summit Lighthouse and the US Center for World Mission fueled fresh concern to pray and mobilize Christians all across the country to purchase the campus. Could anyone have imagined a more divinely orchestrated scenario of how to launch a prayer and mobilization effort? We were believing God for a million people to each give $15 to pay for a 15 million dollar campus. Fund-raisers turned their heads at this venture of faith!

Momentum began to build. To mobilize prayer and awareness for the land, the idea of doing Jericho Marches arose. “We should march and pray around the campus for seven Sundays. On the seventh Sunday let's marched around seven times! On the seventh time, let's blow trumpets! The idea was embarrassingly exciting. We prayed in silence the first six weeks, and then on the seventh week we got out the trumpets, sang and gave a loud shout! Word began to spread. Churches were mobilized. Even the Pasadena Star News published an article on our marches. Week by week, more people joined the marches. By the seventh week, even Dr. Donald McGavran, the founder of Fuller School of World Mission and a senior missionary statesman, joined us on the seventh and final walk around the campus. As we rounded the last corner, we began to sing, “There’s Just Something About That Name.” 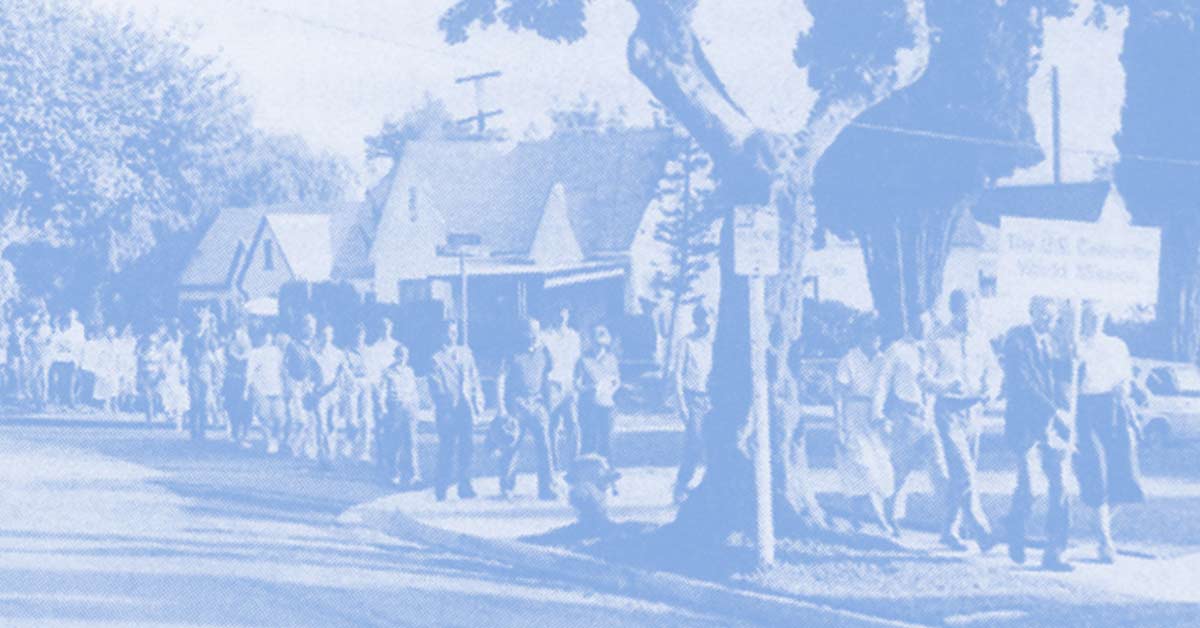 So the mobilization continued. We were given a single room on the campus, what is presently our morning meeting, “Heimbach Room.” We only had typewriters. Dr. Winter secured the interest of a number of mission leaders ready to put their names behind the effort. A letterhead was created for the Center for World Mission (later changed to US Center for World Mission). A board was formed. Those willing to put their names behind this project became an advisory board. We and a handful of others, mostly alumni of SIIS, were willing to lick stamps, stuff envelopes, and be hands and legs to many of the mobilization efforts needed. We began mobilization efforts of all kinds—for churches, for students, for laymen.

Responses began to come in. An option to buy was secured, and a down payment was finally made on October 1, 1977. The Nazarene board of Point Loma voted to sell the campus to us. Not long after this we began the William Carey International University. The following January, 1978, the next Summer Institute of International Studies, renamed the Institute of International Studies, was held on our campus. This institute eventually became what is now known as the Perspectives Study Program. William Carey Library, the publishing company owned by the Winter family, relocated on the campus. Research Institutes focusing on Muslim, Hindu, Tribal, and Chinese people groups began.

Looking back some 40 years later, God orchestrated a significant effort for the unreached peoples of the world. Churches were impacted, mission agencies and students were envisioned with a new focus on unreached peoples. Many of the people groups that were unreached in 1974 are now reached and evangelizing others. What looms large now is not so much getting to these people but how this gospel will be known and understood within these large blocs of humanity. Like yeast permeating a loaf of dough, may  we find His way of seeing His kingdom in the Person of Jesus take root among these peoples.