A Recipe For Dependency

The fact that many of the Kenyan liberation fighters, the Mau Mau, were members of the Karinga church, made it seem like there was no difference between anything Karinga and anything Mau Mau; thus not much help was forthcoming from the colonial government to the Karinga institutions. The Karinga primary and secondary schools, teacher’s colleges, seminary and churches were built on lands either bought or donated by church members. All development work, including building the churches and schools, equipping them, paying the teachers, the clergy and the subordinates, were all done using locally raised money. The money needed by the budget of the Karinga schools was raised through school fees, building funds, harambees (fundraising events), individual donations, sporting events, raffles, traditional dances and, in a few cases, government subsidies given through the Local Native Council. The Karinga churches raised money through Sunday collection baskets. For special projects, major fundraisings were carried out, which would involve an individual set membership fee or a harambee where prominent personalities or well-off members of the community would lead a fundraising drive.

In general, the Karinga church was able to care for her own workers and clergy, as well as covering all her institutional and church needs, including printing all of the church’s liturgical books and circulars. In the early 1940s, some leaders of the Karinga Church realized that the faith of their archbishop, Daniel William Alexander of South Africa, was part of a pseudo-Orthodox Church, and for that reason sought to join the Eastern Orthodox Church under the ancient Greek Orthodox Patriarchate of Alexandria and All Africa, based in Egypt going back to 43 A.D. This move led to the split of the Karinga church, creating the African Orthodox Church of Kenya (AOCK) for those who desired to join the Eastern Orthodox Church. The African Independent Pentecostal Churches of Africa (AIPCA) was formed for those who desired to continue with their former connections. The people of the Kiambu/Nairobi area favored the AOCK and those of the Muranga/Nyeri area, the AIPCA. 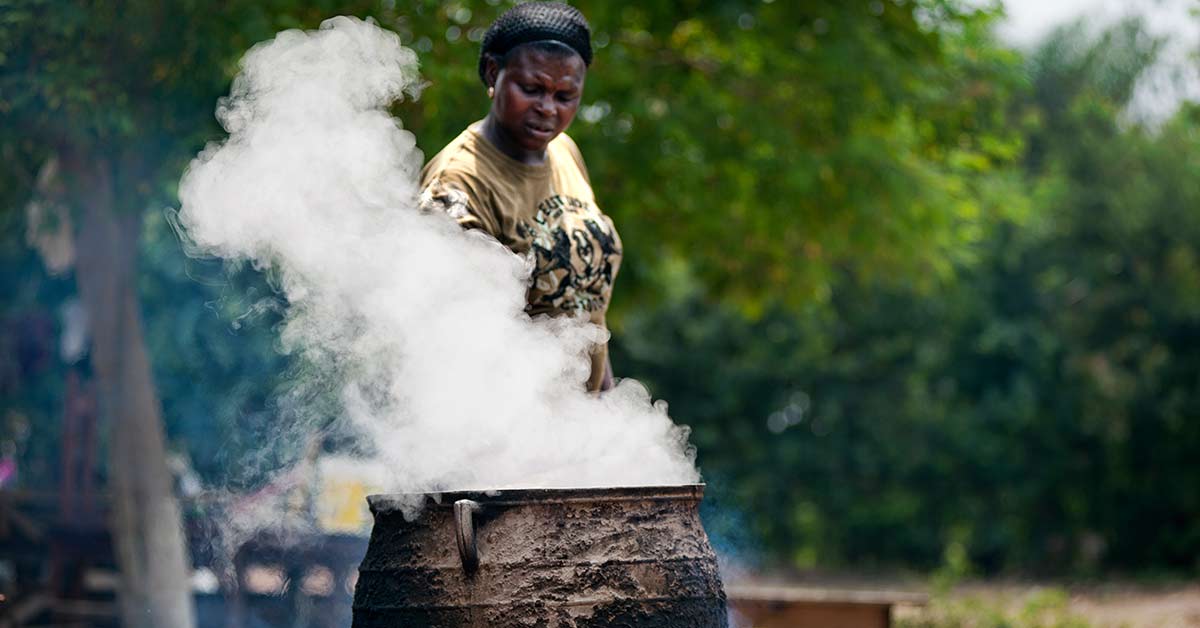 The AOCK—having an AIC foundation—was self-sustaining from her formation in the 1920s, until Eastern Orthodox missionary subsidies came in the form of Christian generosity in monetary and developmental aid, theological education and foreign personnel. These Orthodox missionary initiatives intensified in the mid-1960s to 1970s, about the same time some African churches, like the PCEA in Kenya, were moving away from colonial missionary structures in adherence to the “moratorium on missionaries” agenda that was moving toward self-sustainability.

Many Eastern Orthodox missionaries started visiting Kenya, bringing with them money and much-needed Greek Orthodox Church essentials like liturgical vessels and vestments. They were also erecting new brick or stone Orthodox churches all over the country. They also equipped the Orthodox seminary at Waithaka and later replaced it with a modernized seminary and technical institute at Riruta in Nairobi West. They even offered financial assistance to the seminarians and clergy of the AOCK. All of this was a completely new experience for the formerly self-sustaining church.

Since the Orthodox missionaries did not involve the Africans in all these activities, the Africans started relaxing their offerings to the church and essentially started relying on the Orthodox missionaries’ money, leadership and managerial help, coming from Cyprus, Finland, Greece and North America. Just to mention but a few unhealthy dependency traits in AOCK up to the present, all monies running the AOCK administration—paying the clergy and workers, buying liturgical items and vestments, paying for fully sponsored theological and ministry formation education programs, building schools and churches (plus other projects)—come from Orthodox missionary agencies, churches and well-wishers from abroad. The AOCK parishes have continuously failed to run and maintain most of the projects initiated by the missionaries because these projects need the care or skills that cannot be supplied by the local parishes.

Also, the AOCK failed to produce a leadership structure of her own, one that would work for her better as an Orthodox Church in Kenya.  Instead, when the missionaries came, they abandoned all that they had used as an African leadership structure in the early days, following whatever the foreign hierarchy decided, even if it did not work. Multiple schisms have taken place within the AOCK as they struggle to break free of their dependence on foreign leadership by establishing their own local hierarchy, who understand the cross-cultural issues which were often misunderstood by foreign personnel.

While dependency is not new for churches planted by foreign missions, what has befallen the AOCK is unique in that it was once an indigenous church formed by local African leaders, but which the Eastern Orthodox missionaries—coming to her 50 years after her formation—turned into a mission-dependent church. Unfortunately, the 2000 year old Eastern Orthodox Church’s missiology is still silent about this situation and has not seen it as an issue, even after African church leaders have drawn attention to it.

Dependency in the Global South has to stop becoming the norm, but this has to be done by both African leaders and Western missionaries. It is time that the 1970s moratorium on Western missions becomes a reality for churches like the African Orthodox Church in Kenya. Foreign missions have to stop aiding the African church with money, personnel and leadership policies, for none of this will help the African Church in the long run, but will actually hurt her. While Christian generosity must not stop—because it is a core Christian teaching to help those in need (Rowell, 2006)—it is unfortunate that the only generosity that the foreign churches are willing to give the African Church is the help that they need the least. What is most needed by the dependent churches of Africa is learning how to stand on their own, using local resources and localized leadership structures and methods in their path to self-sustainability. The original indigenous church principle that the AOCK was based on must be reclaimed in all churches in Africa, but more so in the case of the Orthodox churches in Africa, both Eastern and Oriental, if the Orthodox church is to continue her existence in Africa beyond the 21st century. Otherwise dependency, which is choking this ancient church slowly, may end up extinguishing it. Join us in praying that no Orthodox churches will be extinguished.

I welcome interaction with anyone interested in helping to move churches from unhealthy dependency to the freedom of being able to stand on their own two feet with dignity.

Thankyou for the places named and the details given Until recently I was living in Kenya working towards sustainable missions movement. I know or have heard of the places you talk about & I enjoyed their memory in your article. Of course the issue you raise are also highly pertinent I was very much enlightened as I didn’t know about such a church going from self sustaining to dependant Quite amazing!

Fr. Evangelos Thiani is a married priest serving with the African Orthodox Church of Kenya, under the jurisdiction of the Greek Orthodox Patriarchate of Alexandria and All Africa.  He teaches practical theology at the Orthodox Patriarchal Seminary in Nairobi named for Archbishop Makarios III of Cyprus and at the Bishop Gathuna Theological Seminary in Kiambu, Kenya.

Email: .(JavaScript must be enabled to view this email address)
Website: http://www.orthodox-church.or.ke/