A Big Day Has Arrived

In coaching others to implement this step, the first breakthrough came when God shifted our local partners’ paradigms as to who is able to baptize. They discovered through Scripture that there is no instruction that only ordained people can baptize. They then adopted the principle that the person who led another person to faith would do the baptizing after a brief baptism DBS. 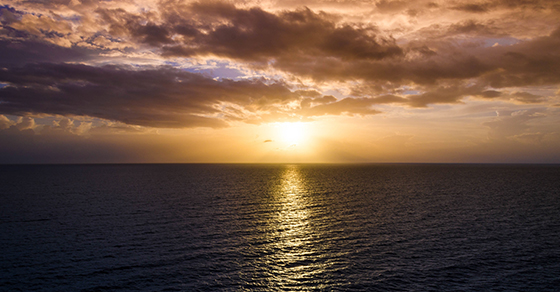 These days, in what is a beginning of a CPM, male and female, young and old, baptize those who have made a commitment to follow Jesus in their DBS groups. Whether in a rice field, river bed, wash room, or the ocean, baptism is an outward commitment of the inward reality of followership of Jesus.

This story, taken from the book entitled Stubborn Perseverance, shows what this process looks like.

The big day had arrived! Faisal and Fatima picked up Ahmad and his family in a borrowed car and drove to the beach, making sure not to park under a coconut tree. The sun was just coming up over the horizon, and a light breeze blew off the ocean. The place was secluded except for a few fishermen in the distance cleaning their nets after fishing all night. Yusuf and Nur were already there, along with Nasrudin and Amina.

The group stood in a circle near the water’s edge. Excitement filled the air as Faisal opened to Matthew 28:18–20 and read:

And Isa came and said to them, “All authority in heaven and on earth has been given to me. Go therefore and make disciples of all nations, baptizing them in the name of the Father and of the Son and of the Holy Spirit, teaching them to observe all that I have commanded you. And behold, I am with you always, to the end of the age.”

“Baptism is one of the commands Isa gave His followers. Ahmad and his family have come to obey that command today. Baptism has three primary meanings.

“First, baptism is a public statement that you have made Isa your Savior and Lord.

“Second, baptism is an outward symbol of the inner change in your life. When you place your faith in Isa you become a new creation, a change occurs in your heart. Being immersed under the water symbolizes that you have been washed and changed.

“Third, just as in the days of Abraham where circumcision joined a person into the family of faith, so baptism joins you to every other person who has been baptized. You become members of one worldwide family in Al Masih.

“Finally, baptism doesn’t save us; faith does. Baptism is not a work to ‘earn’ salvation. It is a command to obey.”

“Now I want you to each share your personal salvation story, starting with Ahmad.”

When each of them had finished, Faisal asked Ahmad and his family:

Do you believe the Taurat, Zabur, and Injil are inspired by God and free from error?

Do you believe Isa Al Masih is the eternal Word of God who became a human being?

Do you believe Isa is the Messiah, and the Son of the living God as described in the Injil?

Do you believe Isa Al Masih shed His blood on a cross to cleanse you of your sins?

Do you believe God raised Isa from the dead and took Him to heaven, and when you die Isa will take you to heaven?

Have you confessed your sins, asked God to forgive you, and received Isa as your Savior and Lord? Are you willing to obey Him even to death?

Have you severed all ties with the occult, ancestor worship, and idolatry?”

They responded to each question with an exuberant “Yes!”

Then Faisal prayed, “Bismillahi arrahmani arrahim, O God most merciful and most gracious, our Father who is in heaven. We praise and exalt You for the way You have worked in Ahmad and his family’s life.

“Thank You for calling them to be Your children, and for giving them the courage to obey You in baptism. Strengthen them so they will be faithful to You when persecution comes.

“May You always be glorified in their lives. In the name of Isa Al Masih, our divine master and king. Amen.”

It was high tide, and the waves were small. A seagull landed and pecked at something on the beach. Faisal, Yusuf, Ahmad, and Ahmad’s family waded into the sea. The water was cold, and took their breath away.

Faisal stood in front of Ahmad. Yusuf stood behind Ahmad to steady him because he couldn’t swim. Faisal placed his hand on Ahmad’s head. “I baptize you in the name of the Father, and the Son, and the Holy Spirit.” Ahmad lowered himself under the water. Then he jumped up with a huge grin and gave Faisal a giant bear hug!

Ahmad then stood in front of Hajar, with his hand on her head, and declared, “I baptize you in the name of the Father, and the Son, and the Holy Spirit.” Hajar lowered herself under the water, with Faisal and Yusuf each holding an elbow to steady her. Ahmad then proceeded to baptize the rest of his household.

When they exited the water, the men moved to one clump of trees to change into dry clothes while the women went to another. Gathering again, Fatima, Nur and Amina spread out food on a woven grass mat. All eyes turned to Faisal to bless the food.

“Hey, am I the only one around here who can pray?” Faisal joked. “Let’s ask Ahmad to pray!”